We’re proud to introduce the teaser trailer for our new movie, 9/11. Opens in theaters on September 8th.

From The Hollywood Reporter:

Gina Gershon and Luis Guzman round out the cast for the indie centered on a group of individuals trapped in an elevator in one of the Twin Towers on the morning of the attack.

The trailer for 9/11, a fictional story about a group of people stranded in a World Trade Center elevator during the Sept. 11 attacks, starring Charlie Sheen, Whoopi Goldberg and Gina Gershon, has arrived.

In the short preview, Sheen, sporting a suit and tie, enters an elevator in one of the towers alongside Gershon and Luis Guzman. As the doors close, text appears onscreen asking, “Where were you …” before transitioning to a befuddled Goldberg in a control room, counting lights off of a large circuit board before her.

Underscored by a dramatic orchestral arrangement, footage from new coverage of the 2001 attacks is interspersed with scenes of Sheen and company trapped in a North Tower elevator. Gershon and Sheen speak to their young son via cellphone as Goldberg explains to a group of firefighters that the elevators are down.

“I need you to try and get the hell out of there,” Goldberg tells Sheen’s group via intercom.

As the trailer draws to a close, Sheen, Guzman and company lie on the floor of the elevator car. “They say it’s not the fall that kills you,” Sheen tells Guzman.

“What is it then,” Guzman asks, before the wire holding the car snaps and the group plummets down the shaft. 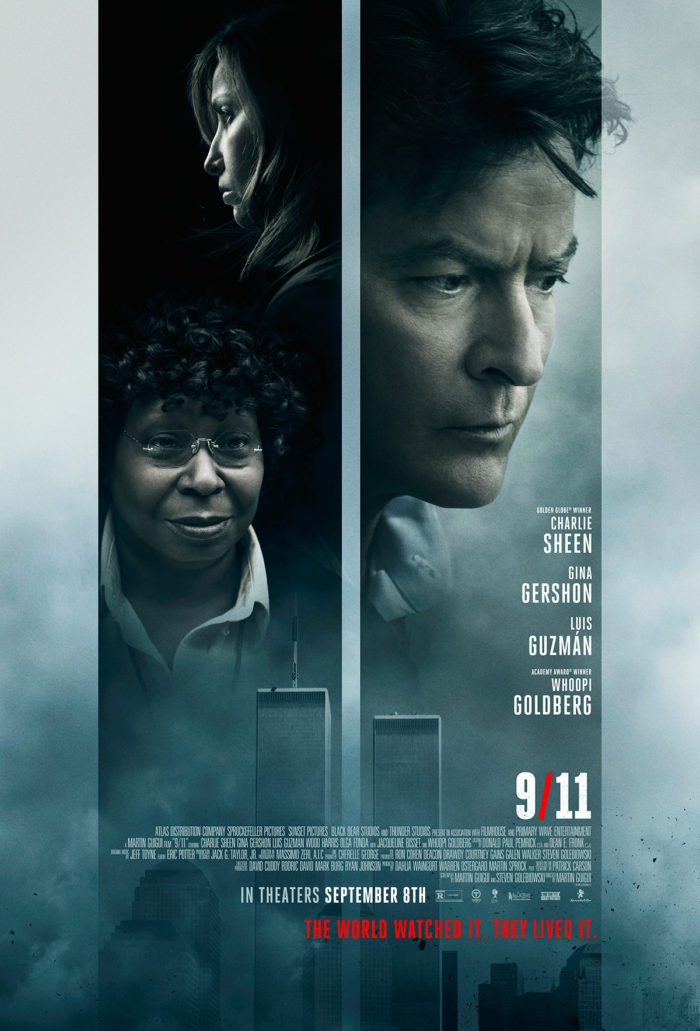