Last night Ariana Grande surprised her fans by unveiling the third single off her upcoming Sweetener album, “God Is A Woman” weeks earlier than its anticipated release.
To compliment the track Grande dropped the music video for it (directed by Dave Meyers and produced by Freenjoy) just hours later, shot here at Thunder Studios on Stage 14. 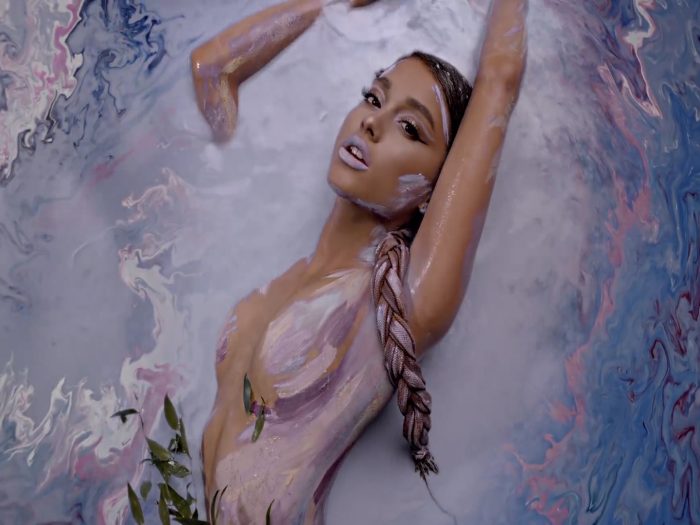 The piece is filled with elements of divine feminine power and follows the story of a woman taking control in her world. 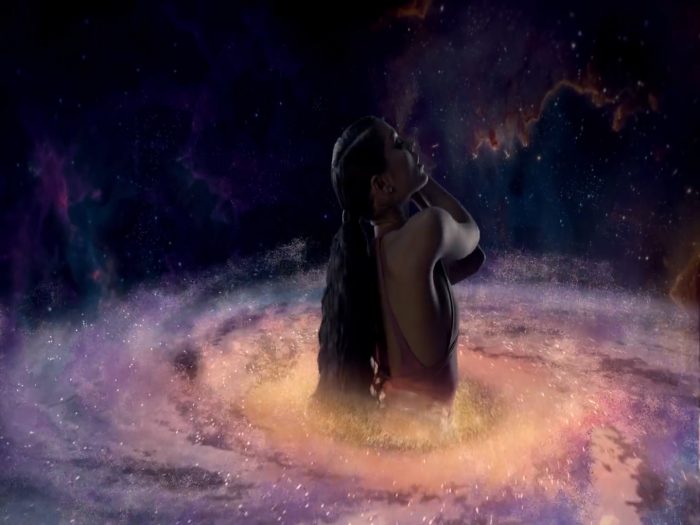 The talented Alexa Meade joined the team to create a 2-D to 3-D oil painting effect, adding an iconic /classic / biblical factor to the piece. In it the literal larger-than-life Ariana dances in the midst of a nebula while standing on Earth in one scene, floating in ethereal milky water covered in pastel paint in another (Idolator, 2018). 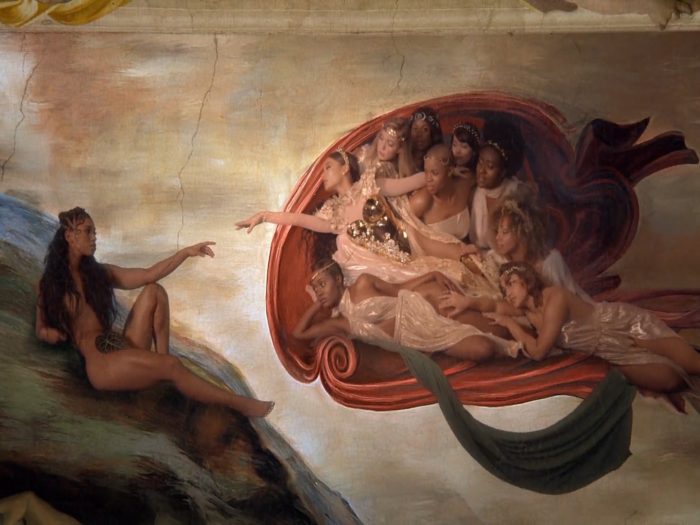 The video ends with an outtro voiced by Madonna as Ariana mouths along, “And I will strike down upon thee with great vengeance and furious anger those who attempt to poison and destroy my sisters. And you will know my name is the Lord when I lay my vengeance upon you.” 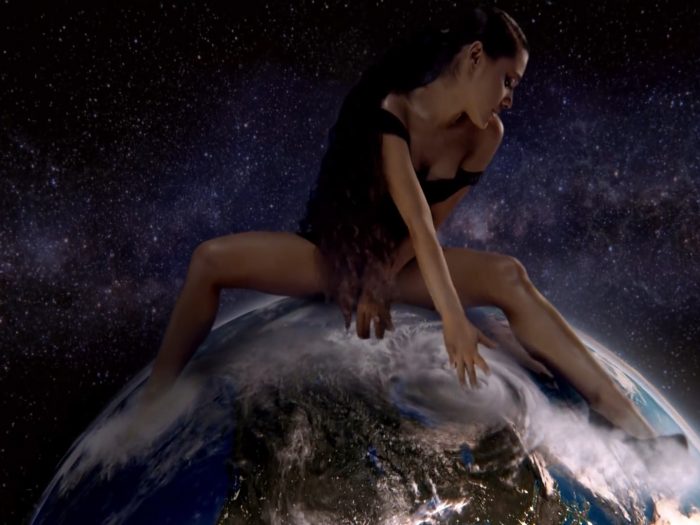 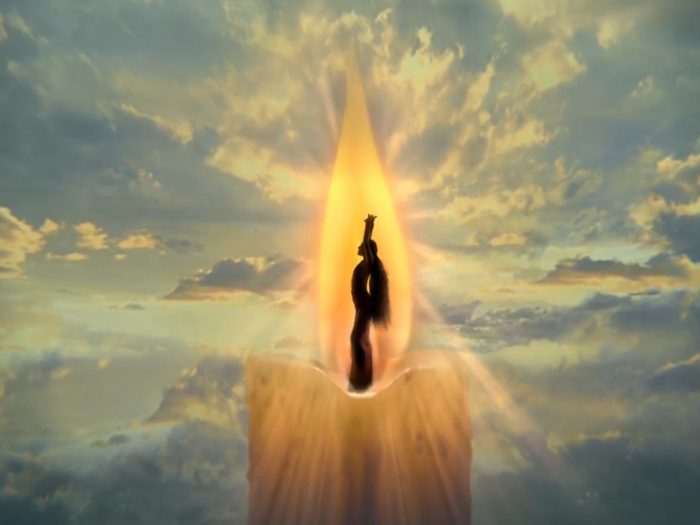