TBT to @BigSean filming his Adidas x Foot Locker commercial in Stage 3. He will be performing live at the 2017 #MTV Movie & TV Awards this Sunday! 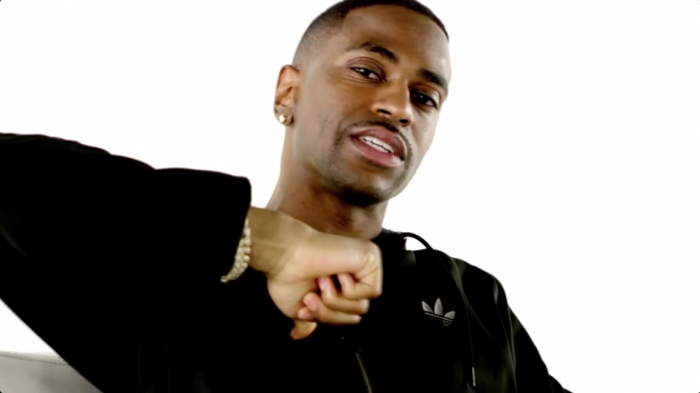 Sean Michael Leonard Anderson (born March 25, 1988), known professionally as Big Sean, is an American rapper from Detroit, Michigan. Sean signed with Kanye West‘s GOOD Music in 2007, Def Jam Recordings in 2008 and Roc Nation in 2014. After releasing a number of mixtapes, Sean released his debut studio album, Finally Famous, in 2011. He released his second studio album, Hall of Fame, on August 27, 2013. Sean’s third studio album Dark Sky Paradise was released in 2015 and earned him his first No. 1 studio album in the US.

On March 25, 2016, Big Sean released a track to celebrate his 28th birthday, “Get My Shit Together”. Two days later he announced a self-titled album with Jhené Aiko, as TWENTY88, scheduled to be released on April 1, 2016, exclusively on Tidal. On April 5, 2016, the Album became available on Spotify and Apple Music. A week after the exclusive release of TWENT88 on Tidal, Big Sean and Jhené Aiko released a 15-minute short film called “Out of Love”, which is composed of several recordings from the album. Around the same month, upon the wake of the Flint water crisis, Big Sean tweeted to the city’s official Twitter account, asking if he could do anything to help, and later on donated $10,000.

On October 31, 2016, Big Sean released “Bounce Back” as the lead single from his fourth studio album, I Decided, which was released February 3, 2017. “Moves” was released as an instant-grat on December 16, 2016. Sean has consulted the advice of Jay Z and Rick Rubin while working on the album. Big Sean achieved his second number one album on the Billboard 200 chart, as I Decided debuted at the top. It earned 151,000 equivalent album units in the week of February 9, according to Nielsen Music. 65,000 of the amount were in pure album sales.