One giant leap for K9.

The beagle has landed! Thunder Studios recently worked with RPA and MJZ on an elaborate production for Farmers Insurance. Featuring a flooded living room set, and tapping into the Olympic spirit, this new campaign stars some adorably talented ‘Mer-Mutts’ who refuse to be satisfied by a small step for man’s best friend, and take advantage of a domestic deluge to compete in aquatic events and perform a synchronized dog-paddling routine. Amazing work by the production in achieving not just the performances from animal actors, but also the build out of a life-like daytime living room set on an indoor stage, that can hold thousands of gallons of water. It’s not every day a set needs to be drained before it’s struck, and yet by the next day, it’s hard to find evidence those dogs were ever there at all.

The final product is utterly charming, so if you haven’t seen it, here’s the full video from Farmers’ Youtube Channel. It’s so cute we almost forget that when it comes to water damage: human, we have a problem…which is why Farmers has always been around and #seenitcoveredit. 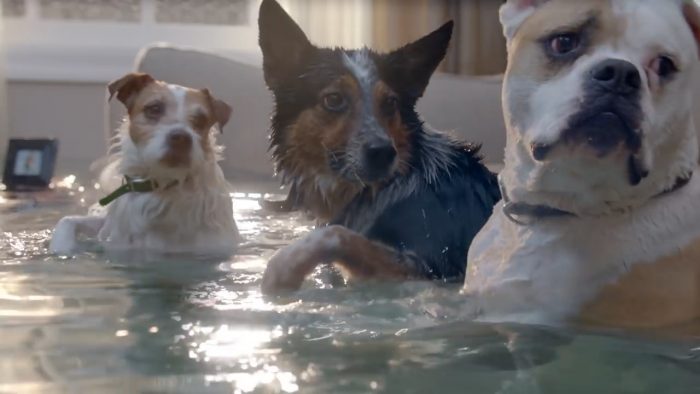 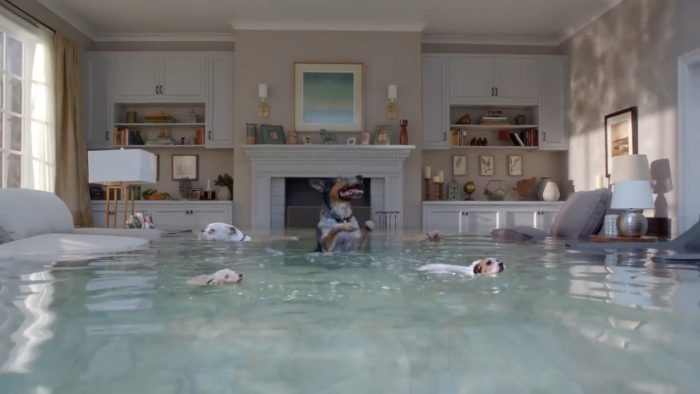