?? Free Tacos Alert ?? @voodooranger has teamed up with @kogibbq & Thunder to bring you a yummy, tasty, free meal for our friends & family in the hospitality industry! 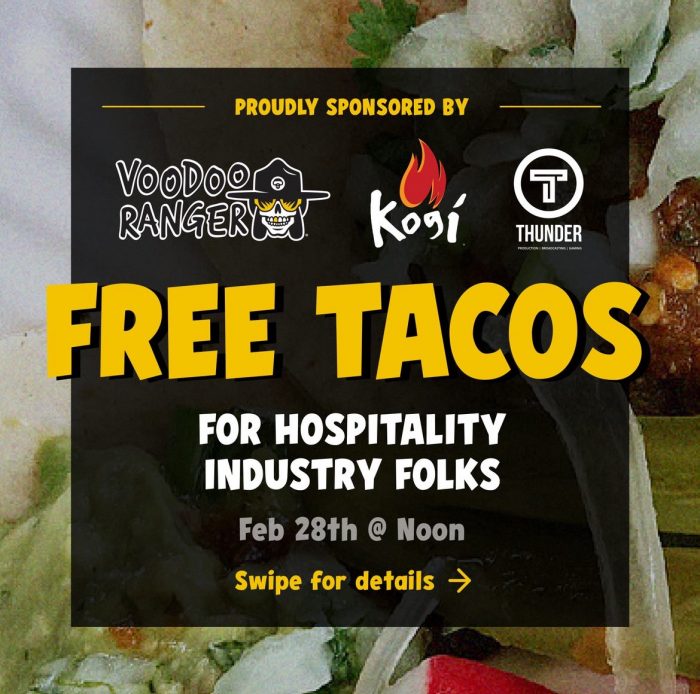 “For me the perfect birthday is not receiving but giving and that’s what I want to do.
So please join me this Sunday in Strong Beach where we will give out somewhere between 700+ meals no questions asked thanks to a collaboration with our good friends at @newbelgium_socal and Thunder Studios.
We’d like to prioritize hospitality folks that need any bit of love during these hard times but it’s really for any of you that need a meal or know someone that needs a meal.
If you don’t need a meal I ask that you not take a free one but still come by and we can break bread and just say hi on a Sunday and emanate love into the universe.
Peace and thank you for this space here on social media to become friends over the years. I’ve never taken your interest in me and love for granted from the first taco on the streets in 2008 to now.”

“Voodoo Ranger jumped at the chance to partner with Chef Roy Choi, Kogi BBQ and Thunder Studios to support this event and offer complimentary meals to the Long Beach hospitality community.  Paying it forward within the community that has always supported us was a no brainer.  We believe business can be a force for good and that starts with doing right by people ” 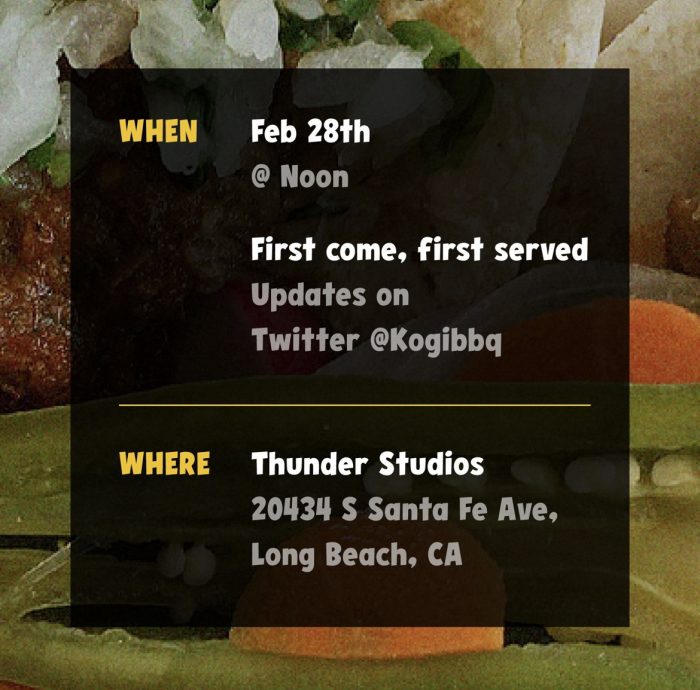 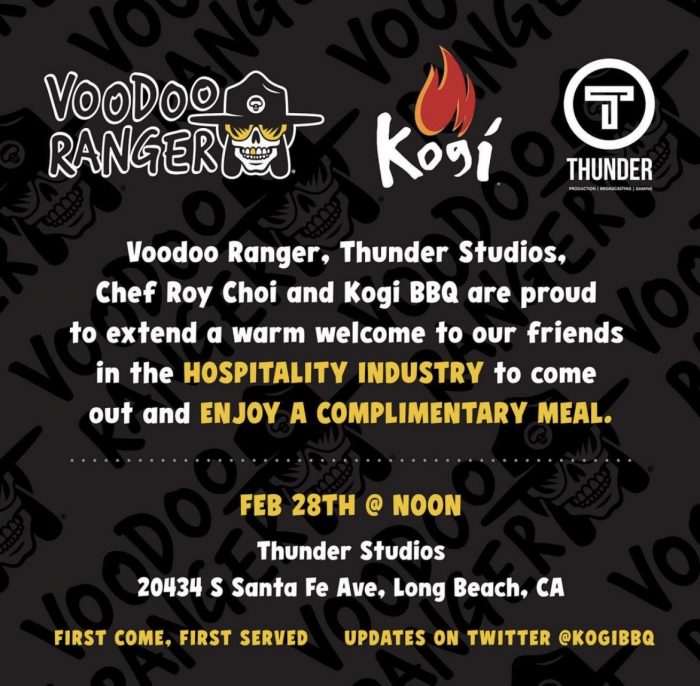 New Belgium Brewing is recognized as a leader in sustainability and social responsibility. Founded in 1991 in Fort Collins, Colorado, the company expanded to Asheville, North Carolina in 2016 and Denver, Colorado in 2018 and is now the 4th largest craft brewery in the U.S. Dedicated to proving that business can be a force for good, New Belgium is a Certified B Corp and was the first brewery to join 1% for the Planet. The brewery has donated over $29 million to charitable causes since 1991. New Belgium is famous for its flagship beer, Fat Tire Amber Ale, along with year-round favorites like Voodoo Ranger IPA, Sour IPA and La Folie Sour Brown Ale; as well as an award-winning wood-aged sour program and innovative limited release beers. To learn more about the full product lineup and New Belgium’s Human Powered Business model, visit NewBelgium.com.